Welcome to the original deSha’s

Nick Sanders founded Tavern Restaurant Group starting with deSha’s Maysville, KY in 1981. Named for his father, Nick wanted to create a restaurant with a comfortable tavern feel and exceptional hospitality in a town he loved to visit growing up.

Inspired by the success of the Maysville location, Nick opened deSha’s American Tavern in Cincinnati in 1991.

After several trips to the UK, Nick decided to model his next concepts off of the warmth and hospitality he found in public houses throughout Europe.  This led to the opening of Nicholson’s in 1997 and The Pub Rookwood in 2001. The Tavern Group currently operates all of its original concepts, The Backstage Event Center, and an additional seven Pubs in Ohio, Kentucky, Tennessee, and Florida. 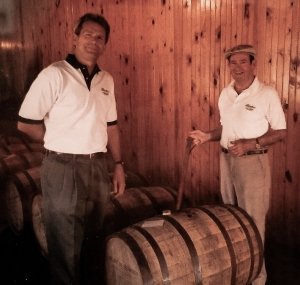 TRG Gift Cards are redeemable at all locations.